The nationwide lockdown to fight the Corona virus was announced by Government of India on March 24, 2020, and since then the daily satrsang and cogregation of devotees in Sri Bharatamata Mandir at Kithaganur, Krishnarajapuram, Bangalore, was suspended. The Mandir was turned into a centre for the service activities of the Seva Vibhag of Rashtriya Swayamsevak Sangh for storing provisions like rice, wheat flour atta, oil, salt, dal, milk, onion etc., for free distribution to the poor people in the villages around Kithaganur and to the stranded labourers in Krishnarajapuram. Kits containing the above materials were distributed to more than 1500 families by batches of Swayamsevaks who visited the Mandir every day,  packed the goods for distribution and took them to the destinations in car, auto-riskha and two-wheelers with passes. 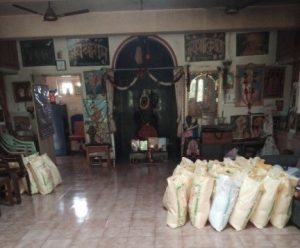 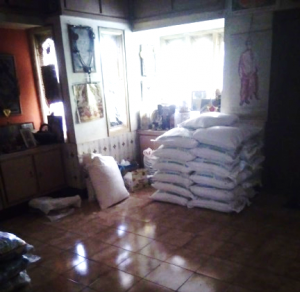 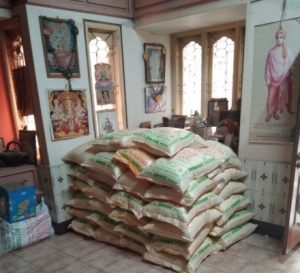 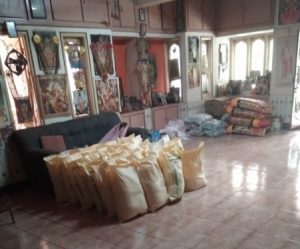 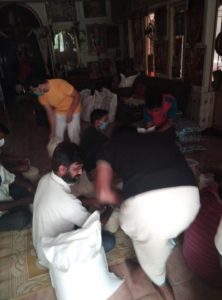 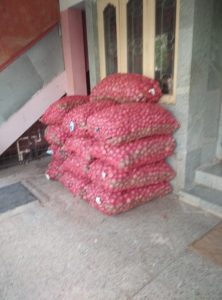 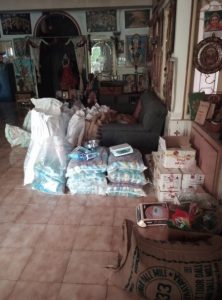 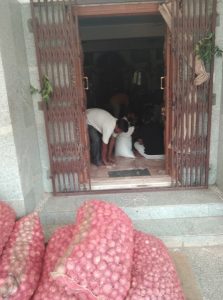 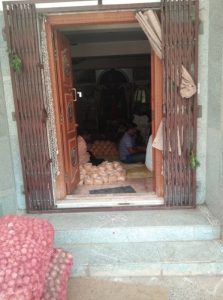 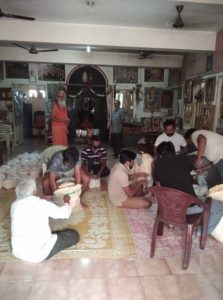 Ever since the setting up of Sri Bharatamata Mandir at Krishnarajapuram in Bangalore in 2004, the auspicious Akshaya Triteeya day has been observed with special abhisheka, alankara and aradhana of Sri Bharatabhavani consecrated in the Mandir. Mothers and sisters used to set up ovens in front of the Mandir and prepare Pongala or sweet rice as offering to the Divine Mother. However, this year, on Akshaya Triteeya which fell on Sunday, April 26, 2020, there was  no public celebration in the Mandir and an appeal was made to devotees to celebrate the auspicious day within the four walls of their own homes, by setting up a small shrine with the picture of Sri Bharatamata, offering archana and arati to the Mother and singing the immortal national song, Vande Mataram, in the morning hours while the abhisheka, alankara, pooja, arati and the routine aupasana homa took place in the Mandir. 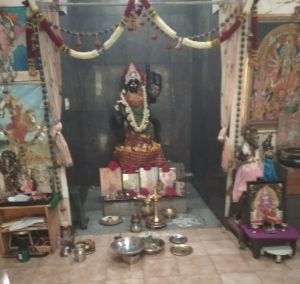